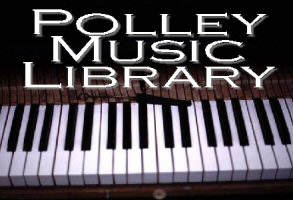 Concise, unsentimental look at the life and career of the great jazz bandleader and composer.

A Tale of Two Cities
by Charles Dickens (Dickens)

One of the most powerful books written by Charles Dickens, A Tale of Two Cities provides a look at the French Revolution from the view of its victims. This story is one of the best love stories I have ever read.

Hollywood Pilot: The Biography of Paul Mantz
by Don Dwiggins (B M314d)

Dismissed from United States Army flight school for recklessness in 1927, Paul Mantz moved to California where he eventually became Hollywood’s foremost stunt pilot. He made a specialty of flying planes through open doors of large buildings. He was a friends and collaborator with Howard Hughes and Amelia Earhart. Mantz died while flying the cobbled togehter plane that was the subject of the movie “Flight of the Phoenix”. Fascinating biography of a true aviation pioneer.

Mr. Monk Goes to the Firehouse
by Lee Goldberg (Goldberg)

Billed as the “obsessive compulsive detective,” Adrian Monk (as portrayed by actor Tony Shaloub on the USA cable series MONK since 2002) is a fidgeting bundle of eccentricities — afraid of germs, compulsive about putting things in order, afraid of heights, afraid of enclosed space — you name it, he’s got it. But beneath the surface of all his neuroses lies the brilliant mind of a criminologist — dismissed from the police force for his inability to handle the ordinary activities of day-to-day life, but still called in to consult on the most baffling of criminal cases. In Mr. Monk Goes to the Firehouse, Monk is asked to look into who killed a firehouse dog — a case that becomes entangled in the death of an old lady who was holding up a real estate development. In Mr. Monk Goes to Hawaii, Monk trails his assistant, Natalie, on her Hawaiian vacation, where bodies, car thefts and fake psychics start popping up like leis. Author Lee Goldberg, who has actually penned episodes of MONK, captures these characters voices and mannerisms perfectly. But these aren’t simple light-weight novels to tie-in to a popular TV series — they hold together remarkably well as basic literary mysteries. If you’ve never watched the series (believe you, you’re missing something great!), the books stand well on their own. If you love the show, you can’t miss these novels!

Philip Gulley’s Front Porch Tales is a humorous and sensitive accounting of his life growing up in rural America. You’ll laugh out loud when you read about Doctor Gibbs smacking his newly planted saplings with a rolled up newspaper, just to get their attention and resonate with Mr. Gulley’s loving observations such as “Community isn’t so much a locale as it is a state of mind. You find it whenever folks ask how you’re doing because they care, and not because they’re getting paid to inquire.” His stories will lift your spirit and remind you of your purpose for living.

The Truth About Sparrows
by Marian Hale (j Hale)

This 2006-2007 Golden Sower Young Adult Nominee finds its appeal in the main character, Sadie Wynn, whose family — along with countless others — struggles through the cruel realities of the Great Depression.

A deeply disturbing, yet exciting book. An obsessive, sanctimonious minister takes his young family to the Congo in 1959, convinced he is doing the work of the Lord in trying to convert the heathen. Through narratives by his devoted wife and four young daughters, Kingsolver gives us beautifully detailed pictures of each member of the family and of the disaster they are involved in, due to the father’s foolhardiness, the clash of white and African culture, and the violent political situation. Good intentions are not nearly enough. This book stretched me.

When Elephants Weep: The Emotional Lives of Animals
by Jeffrey Moussaieff Masson (591.5 Mas)

A moving, wonderful book. Almost any owner of a cat or dog will certainly agree with the authors, that animals do indeed feel emotions. They see fear, anger, fright, and joy in their pets every day, in spite of the fact that scientists either deny or avoid admitting that animals feel emotion. Masson and McCarthy assemble a convincing collection of examples of animal behaviors which display grief, greed, jealousy, dominance, compassion, altruism, and gratitude, among others. They argue that animals lead complex emotional lives, and are sharply critical of animal experiments.

Nobody did “blood-and-guts hardboiled P.I.” quite like Mickey Spillane, the author who died this past month at the age of 88! Television viewers familiar with the series Mickey Spillane’s Mike Hammer, starring Stacy Keach, may be in for a rude awakening if they sample the actual Mike Hammer books — In the printed format, Hammer is a violent, rather misogynistic engine of vengeance against the forces of evil. Critics of Spillane’s works in the 1950s and 1960s constantly complained about the vast amounts of sex and violence in his books. But that didn’t stop Mike Hammer novels from selling in the millions. The three novels in this compilation are the epitome of Hammer tales. Brace yourself for bone-crushing action, straightforward b&w morality, and one of the most memorable and noteworthy American mystery fiction writers of the 20th century!

How to Be Lost
by Amanda Eyre Ward (Ward)

Fifteen years earlier the youngest of three sisters disappeared. Now with the deaths of her mother and father, one of the two remaining sisters decides to follow a lead across the country in hopes of finding the missing sister. This is a story with a twist!

Rated by — Barbara R.
Customer of the Gere branch

“O! For a Muse of fire; that would ascend the brightest heaven of invention.” From the moment that these words are spoken by veteran Shakespearean actor Sir Derek Jacobi, the audience is propelled into the world of young King Henry on the eve of his invasion into France. Kenneth Branagh pulled together some of the best Shakespearean actors in England to make this remarkable film on a very limited budget. This is my favorite Shakespeare production to date.