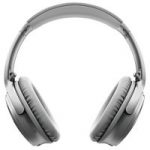 Clever plot, interesting characters, engaging plots and fast-moving — very well written. (This review is of the downloadable audio version of this title.)

The Best Investment Advice I Ever Received
by Liz Claman (332.6 Cla)

Liz Claman, has compiled a collection of stories and general investment advice from Suze Orman, Warren Buffet, Steve Forbes, and others. There isn’t anything new or earth-shattering in this book, but it is a great refresher course on some steadfast investment advice: retirement, investing, and general finance. The stories and anecdotes have a little more power and credibility coming from big name experts. A surprisingly quick read, the bulk of which come from smaller personally shared stories.

(If you enjoy this, you may also wish to try Suze Orman Money Book (series); How to Win Friends and Influence People by Dale Carnegie; and the Morningstar Investment Research Center online database.)

This is an autobiography of 3rd Rock From The Sun star Kristen Johnston and is read by the author. In it she talks about being bullied as a child, getting her first acting job, her drug addictions, hospital stays, her stint in rehab and the challenge that is staying sober. She even writes her own faux-obituary after her guts blow up because of drug usage and she’s all alone in her London flat. I know that you probably get tired of reading about celebrities and their drug problems, but her writing style and comedic anecdotes make listening to the 4 discs worth while.

(If you enjoy this, you may also wish to try 3rd Rock From The Sun seasons 1 and 2, which are available through the library, or Carrie Fisher’s autobiographies Wishful Drinking or Shockaholic.)

The colorful cover of this one caught my attention. I’ve enjoyed getting gourmet frozen pops at a vendor at the Haymarket Farmers Market, and it was great to see a book focused on the types of recipes that create these unique treats. People’s Pops is a NYC-based specialty food shop, that focuses on using fresh, locally-grown ingredients in their “popsicles” — although they can’t officially call them that, since “Popsicle” is trademarked to the Unilever Co. In this book, the shop’s owners break their palate of ingredients into seasons — Spring, Early Summer, Midsummer, Late Summer and Autumn. Each season, they identify fresh fruits or vegetables that should be commonly available, and how those ingredients are best prepared. For example, the Midsummer season focuses on apricots, peaches, nectarines and plums — each section also then has 12 unusual recipes, incorporating the theme ingredients with various herbs and spices and a simple syrup. Each recipe then has recommendations for additional ingredient substitutions, which multiply the recipes exponentially. Scattered among the recipes and ingredient profiles are a series of essays from the authors, recalling the evolution of their popsicle business and business philosophy. I found this book to be a fun, quick read, with beautiful color photos of the featured ingredients and final “pop” results. I can recall having a homemade popsicle kit from Tupperware that allowed my mom, sister and me to experiment with various Koolaid or fruit juice flavors. People’s Pops takes that summertime fun to a whole new “foodie” level — I look forward to trying some of these recipes, as soon as I get my hands on some popsicle molds. Standout recipes for me included: “rhubarb and strawberry”, “blackberry and rose”, “peach and jalapeño”, “cantalope and mint”, “apple and salted caramel” and “pear and almond”. Yum! (Note: A final chapter at the end of the book gives recipes for flavored syrups that can be used when creating “shaved ice” dishes.)

Just Ride is unabashedly opinionated, but Grant Petersen absolves you in the introduction from agreeing with him on everything. “I’m not asking you to buy everything – just to consider everything,” he says. While there are some of his opinions that I strongly disagree with, he makes a strong case for his most central argument: that the influence of racing on the world of bicycling has led to practices that are not suitable for non-racing cyclists (Petersen calls them “Unracers”). He wants to free cyclists from feeling compelled to follow the trends established by bike racers, and he gives practical advice to encourage them to adopt practices more suited to the way they ride and in so doing, restore more fun and practicality to cycling.

Picture Essays: A Journey Through Life With Camera in Hand
by William E. Ramsey (978.225 Ram)

This one caught my eye on the “new books display” and I’m glad I took a look. Picture Essays is a marvelous photographic treasure trove of Omaha and Nebraska history. Ramsey, a photojournalist for over fifty years in the Omaha area, has compiled an impressive collection of images that chronicle the history of that city (and beyond). Each photograph is accompanied by a personal essay by Ramsey, reminiscing about historical factoids associated with the images or about the circumstances in which the images were shot. His memories are shared in a folksy, matter-of-fact manner, not like a dry historical tome. Major national celebrities and sports figures are featured, but more impressively, Ramsey has celebrated the lives of people known mainly for their works in Eastern Nebraska, with particular emphasis on Boys Town and the churches of Omaha. A small percentage of the images within come from Ramsey’s travels across the country and across the world, but mostly, this is a love letter to the river city and its storied history. This is not exactly a book I’d sit down and read cover to cover, but for anyone who’s fascinated by Omaha, I’d recommend browsing this one — a perfect “coffee table” book to inspire a bit of reminiscing of your own!

(We don’t have as many books in our collection on Omaha history as we do Lincoln, but for those interested in the Capital City’s history, told in a folksy way, like Picture Essays does for Omaha, I’d recommend the books by Mary Jane Nielsen and Jim McKee.)

Take a trip through the last 50+ years via signature dresses and some eminent women who wore them. A wide variety of examples is included, from Grace Kelly and Jackie Kennedy and Marilyn Monroe to Grace Jones and Stevie Nicks and Phyllis Diller (whose outrageous couture has a tie to Nebraska). Rubenstein, a fashion editor, highlights such things as the cultural significance, artistic vision, and dressmaking details of the gowns, costumes, and ready-to-wear dresses that are chronicled. Photographic images abound to accompany the examples but not all are as crisp as they might be. All in all, this is a fun and somewhat fascinating read, even if the world of ‘red carpet glamour’ and ‘high fashion’ seems to be a far cry from everyday life. Two of my favorite inclusions are the “Went with the Wind” receiving gown from the Carol Burnett Show, and an optically intriguing cocktail dress by Azzedine Alaia worn by supermodel Stephanie Seymour.

A great book of nine complex, shorts stories! All having strange endings, which are not tied up with a nice “happy ending” bow when the story is over. Many characters live upscale lives, but are dealing with hardships and many with the pain of World War II in some way or another. The selfishness and narcissism of the characters is what is so intriguing. Salinger leaves many loose ends giving the reader leeway for imagination and consideration. If you enjoy short fiction without the fluff of a “happily ever after” ending, I highly recommend Nine Stories.

The Killer of Little Shepherds: A True Crime Story and the Birth of Forensic Science
by Douglas Starr (364.152 Sta)

If you’re a fan of CSI, here is the beginnings of real forensic science during the late 1800s in France where science and technology is used to track down and convict a serial murderer.

(If you enjoy this, you may also wish to try The Poisoner’s Handbook: Murder and the Birth of Forensic Medicine in Jazz Age New York by Deborah Blum, and The Murder Room: The Heirs of Sherlock Holmes Gather to Solve the World’s Most Perplexing Cold Cases by Michael Capuzzo.)

Winner of five Oscars including Best Director, Best Actor, and Best Picture. According to an interview with the lead actor Jean Dujardin, The Artist was filmed in only 35 days! Peppy Miller (Bérénice Bejo), an upcoming star steals the spotlight from silent film star, George Valentin. When George thinks things can’t get any worse, it is Peppy who ultimately comes to his rescue. Brilliant acting and dancing; pay special attention to the sound editing, which gives the film a strikingly modern feel without sacrificing old-Hollywood nostalgia.

[If you like this, you may also enjoy Sunset Boulevard or the films of Charlie Chaplin.]

When her sister goes missing Jill (Amanda Seyfried) is scared that the man who kidnapped her previously has returned for her but took her sister instead. After the police don’t believe her she starts her own hunt to find her sister and her abductor. Interesting storyline, good acting, was a pretty good movie.

(If you like this, you may also enjoy pretty much any movie where the police don’t believe the victim’s story so they try to fix their problem on their own.)

The Pirates of Penzance
by Gilbert and Sullivan (DVD 782.14 Pir)

Kevin Kline and Linda Ronstadt lead a very charming production of The Pirates of Penzance. The singing is phenomenal — I especially enjoyed Rondstadt’s first entrance as “Mabel” – a naive young daughter of a Major General who runs into trouble and young love with pirates. Other highlights include Kline’s version of “Cat-Like Tread,” where the pirates dance around in a not so cat-like fashion, and of course the famous hit, “Modern Major General” sung by George Rose. Witty, funny, charming, and incredibly virtuosic.

(The Pirates of Penzance is also available in a variety of other formats, including score, compact disc, and annotated sheet music.)

In the 125 years since his first appearance in 1887, the “Great Detective” has been portrayed on screen in hundreds of different productions, by 75 different actors. In my case, Jeremy Brett, from the superb PBS Mystery adaptations, will always be “my” Holmes. However, I enjoy tracking down and watching other versions as well. This DVD set collects all 39 episodes that were produced for a 1954 Sherlock Holmes series produced for American television, starring Ronald Howard as Holmes and Howard Marion Crawford as his Watson. Filmed in Paris, though mainly on sound stages, this series is an oddity. Out of 39 half-hour episodes, only four are based on actual Conan Doyle stories (and even those are very loose adaptations). The rest are all original stories for television. The performances are earnest and enthusiastic, though Crawford’s Watson can be a bit of a dullard. Howard makes a fine Holmes, though not as serious and intent as many other versions of the detective. For a true Holmesian fan, this series is an essential one to watch — I’m quite pleased to see that somebody donated this to the libraries’ collection!