The Wedding Bargain is a Regency romance. It is also extremely clever. Maximillian Wells, the Earl of Trent, agrees to undergo a test to win the hand of Pandora Effington, who gets to devise the test — which she patterns after the Twelve Labors of Hercules. It won’t be giving anything away to disclose that Max and Pandora fall in love as he conquers each task. Indeed, they are a very charming couple. Many of his successes involve some amusing puns, and their family and friends help or hinder the awarding of points. What sets this book apart from other Regencies is its wit. Another plus: Victoria Alexander is a Nebraska author.

American Lightning: Terror, Mystery, Movie-Making and the Crime of the Century
by Howard Blum (364.152 Blu)

Terrorism strikes Los Angeles in 1910 and Billy Burns (America’s “Sherlock Holmes”), Clarence Darrow, and D.W. Griffith are all drawn into the mix. Should appeal to readers who enjoyed the 2006 One Book – One Lincoln title, The Devil in the White City.

Welcome to the Jungle
by Jim Butcher (Butcher)

This graphic novel, originally released as a limited-run comic book series, is an entertaining prequel to the first official Dresden Files novel, Storm Front. Chicago wizard Harry Dresden is called in by his police contact to assist in the investigation of a bizarre animal attack at the Lincoln Park Zoo. With a little gumshoe skills and a little magical manipulation, Harry uncovers a plot by an ancient entity attempting to break through to our plane of existence. This graphic novel features highly detailed and realistic looking artwork, although Harry’s “everyman” physicality in the books sometimes comes across as a bit too muscular and heroic in a graphic format. This story does feature a very strong plot, and nicely realized supporting characters. Should appeal to all readers who are already Dresden Files fans, and resembles the tone of the novels enough to serve as an excellent intro to the series for newcomers.

This is a classic in the world of massage books. It has sold over one million copies since its first publication in 1972. There is good reason for the high sales numbers. The directions are simple and well illustrated. The author covers just about any part of massage that you would want to know about and at the back of the book there are detailed anatomy pictures. If you are just starting to learn about the art of massage, this is the book that I would recommend.

Daughter of actress Debbie Reynolds and singer Eddie Fisher, Carrie Fisher had one heck of a Hollywood childhood! She shares the trials and tribulations of growing up in the spotlight in a candid, hysterically funny, and yet touching way.

Nebraska Moments is already a staff recommendation. However, this is a new edition, from 2007, that adds more interesting moments. 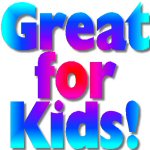 Night of the Twisters
by Ivy Ruckman (j Ruckman)

Listed as both an adult and juvenile book, this is a fictionalized account of the tornadoes that ravaged Grand Island and other central Nebraska towns in June, 1980. Follow the characters on the Day Of that evening’s storm, the Day After, and One Year Later. Fascinating, especially for those who remember the storm.

( Wikipedia entry on the 1980 tornadoes that inspired this story )

American Wife is a novel loosely based on the life of Laura Bush. I had never read any of Sittenfeld’s books before because they seemed like typical chick lit fare, but American Wife is a complex character study of a woman thrust into the public eye. We follow Alice through a tragedy and her subsequent marriage to Charlie, who to everybody’s surprise, is elected president. I enjoyed this book because it wasn’t “fluff”, it’s written in a serious tone that I found to be quite enthralling.

Luke Skywalker and the Shadows of Mindor
by Matthew Stover (Stover)

Matt Stover proves once again why he is not only a great writer, but a great writer of science fiction and one of the best when it comes to writers contributing to the Star Wars Expanded Universe. The book is something of an unofficial sequel to Shatterpoint as it makes use of a few characters from Shatterpoint and continues it’s themes of darkness, morality and heroism. In addition to being an awesome story that remains true to all the characters involved, it moves along at a good pace and it provides one of the best, most succinct explanations for why the old Jedi Order failed. I highly recommend this book for any fan of Star Wars.

Click: What Millions of People Are Doing Online and Why it Matters
by Bill Tancer (Compact Disc 004.678 Tan)

Bill Tancer, who leads global research at Hitwise, an online market research company, tracks the Internet usage by millions of people. From these usage patterns he identifies our attitudes about everything we research on the web. Every Google query we make leaves web tracks and allows web researchers to draw conclusions about what we purchase, what we worry about and what we want out of life. It was fascinating to listen to Tancer describe how he and his team deduce patterns based on people’s web tracks. Listening to this book made me think that “Big Brother” is watching us, except that, in this case, “Big Brother” is not the government but anonymous researchers who might sell the information for profit.

Humorous, bawdy, farcical and highly entertaining, this three-man show attempts to produce all of Shakespeare’s plays (and some of the sonnets) in a single, considerably abridged 90-minute performance. The performers are engaging, the writing is witty, and the over-the-top physicality of the show is quite entertaining. I think that viewers who are already familiar with Shakespeare’s major works will get more out of this than the uninitiated, but even those who say “William who?” will get a kick of this comedy trio.

Three men take it upon themselves to act out every Shakespeare play in front of a live audience. In order for this to work they’ve reduced all the plays to only include the essential parts and then add in a comedic spin like turning Othello into a rap, explaining the histories in a football game, and including the audience in their interpretation of Hamlet. Saw this live at the Lied Center, they were fantastic.

Wow! Talk about intensity. The Spaceship Titanic crashing toward earth, the horrific last day of Pompeii, the sadness of the enslaved Ood — the Doctor’s adventures don’t get any easier, only more frightening, culminating in the kidnapping of the entire Planet Earth. This series is a must see as the Doctor and companions of past and present all come together to save not only Earth, but the universe.

(Numerous books are also available in the library collection that feature Doctor Who.)

Help!
by The Beatles (DVD Help)

I can still remember the first time I saw this film on TV some 40 years ago; it made an incredible impact on me at the time because I had never seen anything like it before. The film is still as hilarious and fresh to me now as it was to me back then. It also helps if you are a fan of the Beatles music! I still think of this film as one of Richard Lester’s classics.

Love in the Afternoon
(DVD Lov)

Audrey Hepburn and Gary Cooper star in this classic romantic comedy between a young, star struck girl and a middle aged international playboy. This movie was directed by Billy Wilder, and based on the book Ariane by Claude Anet. When the filming of this production was finished, the censor board reviewed it and required the director to change the ending of the movie because it was to risqué. The original ending of the production had followed the ending in the book. One of my favorite actors, Maurice Chevalier, plays the protective father of Ariane, and is also a private detective who knows only too well about the playboy Frank Flannegan. Sit back and watch what happens when Ariane and Frank meet in the passionate city of Paris and begin an amusing romance that will change each of their lives forever.

This movie appeals to all ages. It tells the story of Mr. Magorium, played by Dustin Hoffman, and Molly Mahony (Natalie Portman). Mr. Magorium is the owner of a magical toy store who one day hires an accountant (“a counting mutant”) to assess the store’s worth. He plans to leave the store to Mahony, the current manager. However, when the store learns of his departure, it decides to throw a temper tantrum. Mr. Magorium’s Wonder Emporium is full of hilarious running jokes, some of which I didn’t notice until I watched it a second time. It is a delightful story that I would never grow tired of watching.

last updated January 2023
* Please Note: The presence of a link on this site does not constitute an endorsement by Lincoln City Libraries.