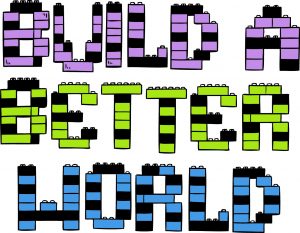 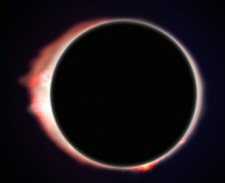 Library staff have compiled this list of eclipse-related resources:

Images and videos from the American Astronomical Society

August 21, 2017: Solar Eclipse Across America
How to Safely Watch a Solar Eclipse
Additional images and videos 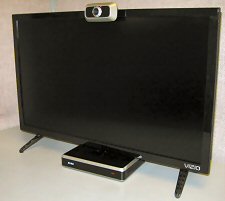 Lincoln City Libraries now offers free video phone communication equipment for use by the deaf and hard of hearing at the Bennett Martin Public Library, 136 S. 14th Street. It is the first public library in the state to offer the service. The public may use the equipment from 10 a.m. to 6 p.m. Mondays through Saturdays, and from noon to 6 p.m. Sundays. Library staff will also be available to demonstrate the equipment during those hours.

“Lincoln City Libraries appreciates the support of the Nebraska Commission for the Deaf and hard of Hearing (NCDHH) and Sorenson Communications in making this important service available,” said Library Director Pat Leach. “We are proud to offer this added service to the community.”

“We appreciate LIBA weighing in on the future of our main downtown library,” Leach said. “It is important to have a thorough debate on what we as a community want for Lincoln’s libraries. But it is essential that everyone has the same understanding of the issue.”

The central library project has been in the City’s Capital Improvement Program (CIP) since 2006-2007, when it was listed as a $47.4 million bond project. In the ten years since then, the total estimate cost has been listed between $40 million and $50 million. “Because it costs money to hire a professional consultant to give an estimate, we went with rough numbers in earlier CIPs to plan for the future,” Leach said. “Over time, the estimated cost has changed as we have received updated information.”

Leach said the overall estimated cost of a new main library has NOT doubled as LIBA suggests in its release. LIBA cites a $21 million figure in the 2014-15 CIP and a $42 million figure in the proposed 2017-18 CIP. “What has changed is the analysis of a realistic fundraising goal,” said Leach. “When we discussed the 2014-16 CIP, City leaders hoped to raise more private donations to fund the project. The CIP showed $21 million in private donations and $21 million in general obligation bonds. After more analysis, we determined that $8 million in fundraising was a more appropriate number.”

Leach said the central library project costs are not new information. “Library Board members briefed LIBA Executive Director Coby Mach and over 100 LIBA members on the current cost estimate and the proposed funding at the July 2015 LIBA luncheon,” she said. “Our figures have been part of the public conversation for quite some time.”

The future of the Pershing site has not yet been decided. Although the latest cost estimates are “site-specific” to the Pershing block, no final decisions have been made. The City continues to have an open Invitation for Redevelopment Proposals for the Pershing site, but no financially viable proposals have yet been submitted.

“Ultimately, voters will have the final say on what they are willing to pay for a new library and where it will be located,” Leach said. “We can’t forget why this is a topic of discussion. Bennett Martin was built over 50 years ago, is in need of extensive repair, is no longer efficient to operate and no longer meets the needs of the community. That’s why the Library Board requested a public vote be held on a new downtown library in the next two years. This shows our commitment to continued excellence in library services.”

The six-year CIP is the part of the City budget that funds infrastructure like streets, water lines and buildings. The first two years are approved by the City Council as part of the City biennial budget process. Years three through six are used for planning long-range improvements.

Both the City-County Planning Commission and the City Council will have public hearings on the proposed 2016-2022 CIP as part of the budget process. More information about the CIP is available at lincoln.ne.gov (keyword: cip).

This segment of “Moms Everyday” aired on KOLN/KGIN on February 6: