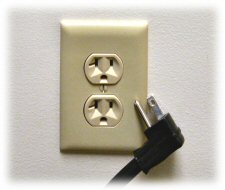 Our online catalog is currently having some problems due to emergency maintenance on the servers that host it. This also affects your ability to log into your library account online. We apologize for the inconvenience; the problem is expected to be resolved by 1:00 p.m.

One Book – One Lincoln Author Talk with Robert Kolker, October 26, 2021

A virtual discussion with Robert Kolker, author of the 2021 One Book – One Lincoln winning title, Hidden Valley Road.

A video version of this presentation is available on our YouTube channel.

At the July 2021 Just Desserts meeting that took place at the Bennett Martin Public Library, group members participated in a discussion of Ruth Ware’s One by One. Following that discussion, we held our monthly round robin in which all 21 attendees were able to share recommendations of what other books they’ve been reading recently.

Here’s the list of mystery, thriller and suspense books recommended by Just Desserts members in July 2021:

And here were some non-mystery titles some group members also recommended in July 2020:

Series of web-published comics being produced by industry veterans, University of Nebraska–Lincoln

University of Nebraska–Lincoln faculty have collaborated with illustrator and writer Bob Hall to develop “C’rona Comix,” the first in a series of five comics designed to address misconceptions about the novel coronavirus while motivating young readers to learn more about the virus and pandemic.

Published weekly and freely available at https://worldofviruses.unl.edu/covid-19, “C’rona Comix” follows a cast of anthropomorphic animals — Professor Grey, Graffiti Mouse, Cat, Bat, Reporter Fox and Skate Goat — as they come to grips with and, in some cases, literally get to know the virus.

The development team, which includes multiple members who co-created the “World of Viruses” and “Biology of Human” comics, plans to complete the five coronavirus-themed series by the end of 2020 and publish them together in a print edition by summer 2021. Upcoming series will highlight topics that span the transmission of viruses from bats to humans and the particular challenges facing Native American tribes.

Judy Diamond, a professor and curator at the University of Nebraska State Museum who is heading the project, said “C’rona Comix” and its follow-ups are being written to inform, entertain and stimulate rather than prescribe, condemn or alarm.

“We have a really deep respect for kids’ ability to learn on their own and to ask important questions,” said Diamond, whose collaborators include Liz VanWormer from the School of Natural Resources and researchers in education, sociology, the Nebraska Center for Virology and the University of Nebraska Medical Center.

Later this year, the team will distribute copies of the comics to roughly 10,000 middle school students in Lincoln Public Schools. By surveying student opinions of the comics, which are being funded by the National Science Foundation, the team will continue its long-running research on how best to engage students and bolster their science literacy.

“We feel like there’s a lot of misinformation that goes out, and what we’re doing is trying to create accessible information in ways that kids will be motivated to want to read, because it’s fun to read,” Diamond said. “Hopefully, that will help them become motivated to take the next step to read some articles about it, to read the news, to begin to distinguish good information from misleading information. That’s a really critical ability that we hope to instill in people.”

Press release courtesy of the University of Nebraska-Lincoln Communication Office. Lincoln City Libraries has partnered on this project to make these comics available on our Teen Page. 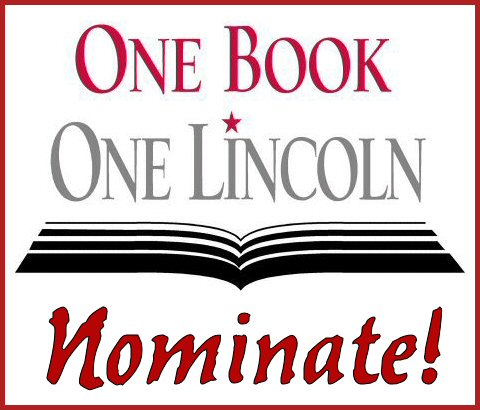 It is now January 17th, and only two weeks remain for you to submit your nominations for books to be considered for the 2020 One Book – One Lincoln. Deadline for submitting recommendations is January 31st. You can fill out paper nomination forms at each library location, however we also remind you that you can submit nominations for One Book – One Lincoln year-round via our online form at: https://lincolnlibraries.org/…/one-book-one-lincoln-nomina…/

Nominations are currently being accepted for titles to be considered in 2020. We’ve received over 150 nominations for more than 125 individual titles already, and we look forward to seeing what titles YOU would recommend!

[One note: You need not nominate the same title more than once — a single nomination is enough for a book to make it on the long list of titles the committee will consider.]

What was your favorite read in the past year?