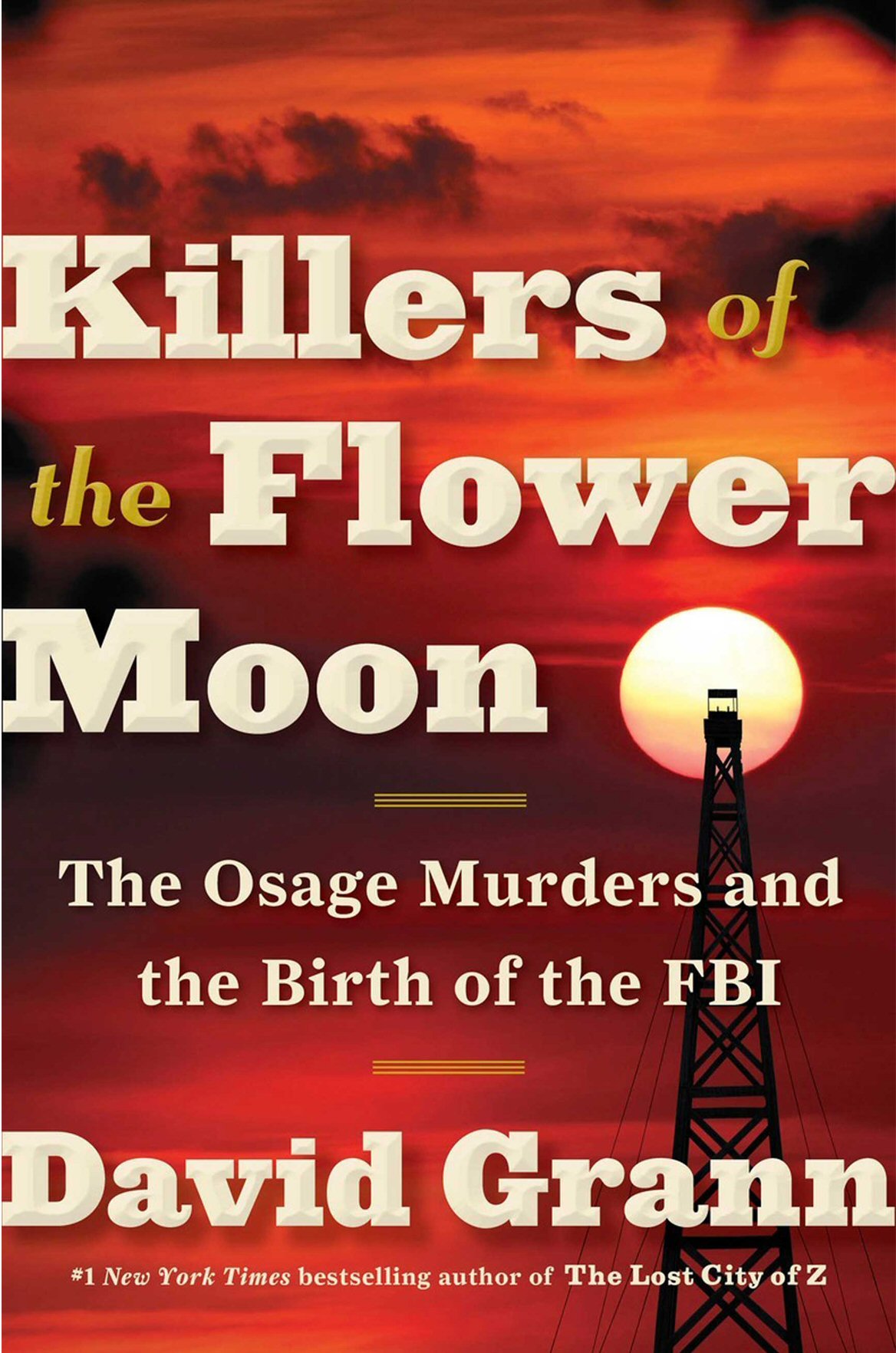 Resources for the book Killers of the Flower Moon: The Osage Murders and the Birth of the FBI:

Resources on the Topics of the Book

“A twisting, haunting true-life murder mystery about one of the most monstrous crimes in American history.

In the 1920s, the richest people per capita in the world were members of the Osage Nation in Oklahoma. After oil was discovered beneath their land, the Osage rode in chauffeured automobiles, built mansions, and sent their children to study in Europe.

Then, one by one, the Osage began to be killed off. The family of an Osage woman, Mollie Burkhart, became a prime target. One of her relatives was shot. Another was poisoned. And it was just the beginning, as more and more Osage were dying under mysterious circumstances, and many of those who dared to investigate the killings were themselves murdered.

As the death toll rose, the newly created FBI took up the case, and the young director, J. Edgar Hoover, turned to a former Texas Ranger named Tom White to try to unravel the mystery. White put together an undercover team, including a Native American agent who infiltrated the region, and together with the Osage began to expose one of the most chilling conspiracies in American history.”

(above) Video Book Trailer for Killers of the Flower Moon: The Osage Murders and the Birth of the FBI.

(above) LNKTV CityFocus episode about the selection of this title as this year’s winner.

Although numerous publisher, promotion, bookseller and review sites on the Internet include excerpts from Killers of the Flower Moon, they all use the same excerpt, either in full or truncated form. Therefore, we’re only including a single excerpt link, to where a sample can be found on the publisher’s website (link below).

Want to see what reviewers thought of Killers of the Flower Moon before you read it? There are dozens of reviews online, from established traditional review sources, to individual bloggers and readers. Below, you’ll find a selection of some of the more detailed reviews:

Discussion Questions for 2018 — click here for a printable copy of the questions!

Also: See the 2018 Discussion Groups page for information about joining a public discussion of Killers of the Flower Moon or requesting a discussion leader from the libraries for your private book group.

David Grann is a #1 New York Times bestselling author and an award-winning staff writer at The New Yorker magazine. Grann’s first book, The Lost City of Z: A Tale of Deadly Obsession in the Amazon, has been translated into more than twenty-five languages. He has also released The Devil and Sherlock Holmes, and The Old Man and The Gun. Visit any of the following websites for more detailed information about Grann.

(above) 52-minute interview from Stillwater, Oklahoma (May 2018)

(above) 18-minute interview on CBS This Morning (April 2017) (Our apologies — this interview may “auto-start” when you land on this page, so you may need to back it up.)

Lincoln, Nebraska is not the first city to have selected Killers of the Flower Moon for a community-wide reading program. Below, you’ll find information about other cities or communities that have selected this particular title:

If you enjoyed the writing style/tone and subject matter of Killers of the Flower Moon, some of the following titles — hotlinked to our online library catalog for those that are available locally — may also appeal to you:

The Osage Nation established its permanent presence in the “Indian Territories” of Oklahoma in the 1870s, but unlike many of the other indian tribes that relocated to Oklahoma, the Osage took the profits of having sold their land in Kansas and purchased the lands they settled in Oklahoma. This gave them greater control over such things as mineral and natural resources rights — critical to them when oil was discovered under their land. Killers of the Flower Moon tells the story of the massive conspiracy to manipulate the extremely profitable land and mineral rights of the Osage, through murder and deceit. For more information on the history and contemporary status of the members of the Osage Nation, try some of these resources:

Though the “Bureau of Investigation” existed before the events of Killers of the Flower Moon , in large part it was the investigation of the Osage murders that spurred the birth of the modernized FBI, with its emphasis on forensic evidence and proper, verifiable investigative technique. Check out some of these sites for more information on the formative years of the FBI:

The territory settled and owned by the members of the Osage Nation in northern Oklahoma is but a small section of this fairly large state. Though the story told in Killers of the Flower Moon covers events in this area of Oklahoma, you may wish to read up on even more parts of Oklahoma history, by browsing some of these sites:

In Killers of the Flower Moon, the presence of oil in the lands assigned to the Osage Nation triggers all of the calamitous events. If you’re interested in more information about this history of oil production in the state of Oklahoma, check out some of these resources:

The presence of a link on this page does not indicate an endorsement by the Lincoln City Libraries. Links are provided for informational purposes only, in conjunction with the themes and subject matter of this year’s One Book – One Lincoln selection.