One Book – One Lincoln – 2019
Here are this year’s three finalists!

We accepted your nominations for our seventeenth annual One Book – One Lincoln title, online via the libraries’ online nomination form on our web site throughout all of 2018 and January 2019, and via drop boxes at all the libraries in January 2019. All of your suggestions were forwarded to the One Book – One Lincoln selection committee, comprised of representatives throughout the community, which evaluated the 170+ nominated titles to choose the group of three finalists below — two fiction titles and one non-fiction. This group of finalists was announced at a live event, sponsored by The Foundation for Lincoln City Libraries, at The Mill in the Haymarket on May 27th, as well as on the libraries’ web site and social media platforms.

During June and July, the public was encouraged to vote on which of these three finalists you want to see as the 2019 One Book winner. The winning title will be announced in September.

A series of discussions of each of the three One Book – One Lincoln finalists will be held this summer/fall — for a schedule, check that page. We encourage you to read any or all of these titles and watch the libraries’ website, social media, and the Lincoln Journal Star for further developments on One Book – One Lincoln – 2019.

And the three finalists for 2019 are… 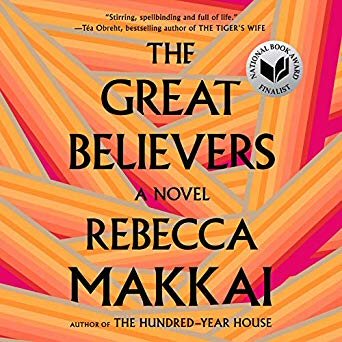 In 1985, Yale Tishman, the development director for an art gallery in Chicago, is about to pull off an amazing coup, bringing in an extraordinary collection of 1920s paintings as a gift to the gallery. Yet as his career begins to flourish, the carnage of the AIDS epidemic grows around him. One by one, his friends are dying and after his friend Nico’s funeral, the virus circles closer and closer to Yale himself. Soon the only person he has left is Fiona, Nico’s little sister.

Thirty years later, Fiona is in Paris tracking down her estranged daughter who disappeared into a cult. While staying with an old friend, a famous photographer who documented the Chicago crisis, she finds herself finally grappling with the devastating ways AIDS affected her life and her relationship with her daughter. The two intertwining stories take us through the heartbreak of the eighties and the chaos of the modern world, as both Yale and Fiona struggle to find goodness in the midst of disaster.

The Great Believers has become a critically acclaimed, indelible piece of literature.

[ The Great Believers is available from the libraries in a wide variety of formats. ]

The Far Away Brothers: Two Young Migrants and the Making of an American Life
By Lauren Markham [Biography Flores] 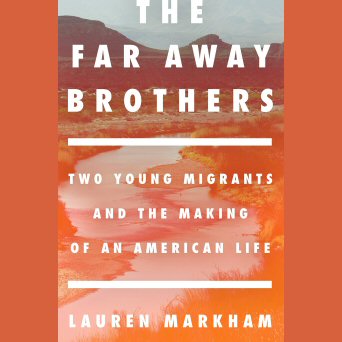 The deeply reported story of identical twin brothers who escape El Salvador’s violence to build new lives in California—fighting to survive, to stay, and to belong.

Growing up in rural El Salvador in the wake of the civil war, the United States was a distant fantasy to identical twins Ernesto and Raul Flores—until, at age seventeen, a deadly threat from the region’s brutal gangs forces them to flee the only home they’ve ever known. In this urgent chronicle of contemporary immigration, journalist Lauren Markham follows the Flores twins as they make their way across the Rio Grande and the Texas desert, into the hands of immigration authorities, and from there to their estranged older brother in Oakland, CA. Soon these unaccompanied minors are navigating school in a new language, working to pay down their mounting coyote debt, and facing their day in immigration court, while also encountering the triumphs and pitfalls of teenage life with only each other for support. With intimate access and breathtaking range, Markham offers an unforgettable testament to the migrant experience.

[ The Far Away Brothers is available from the libraries in a wide variety of formats. ]

There There
by Tommy Orange [Orange] 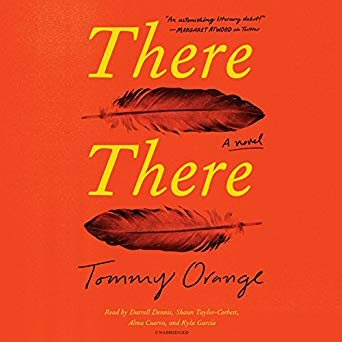 As we learn the reasons that each person is attending the Big Oakland Powwow — some generous, some fearful, some joyful, some violent — momentum builds toward a shocking yet inevitable conclusion that changes everything. Jacquie Red Feather is newly sober and trying to make it back to the family she left behind in shame. Dene Oxendene is pulling his life back together after his uncle’s death and has come to work at the powwow to honor his uncle’s memory. Opal Viola Victoria Bear Shield has come to watch her nephew Orvil, who has taught himself traditional Indian dance through YouTube videos and will to perform in public for the very first time. There will be glorious communion, and a spectacle of sacred tradition and pageantry. And there will be sacrifice, and heroism, and loss.

There There is a wondrous and shattering portrait of an America few of us have ever seen. It’s “masterful . . . white-hot . . . devastating” (The Washington Post) at the same time as it is fierce, funny, suspenseful, thoroughly modern, and impossible to put down. Here is a voice we have never heard — a voice full of poetry and rage, exploding onto the page with urgency and force. Tommy Orange has written a stunning novel that grapples with a complex and painful history, with an inheritance of beauty and profound spirituality, and with a plague of addiction, abuse, and suicide. This is the book that everyone is talking about right now, and it’s destined to be a classic.

>— Official website for the book There There and author Tommy Orange —<

[ There There is available from the libraries in a wide variety of formats. ]

The remaining titles on 2019’s Top Eleven “short list” were:

Click here to listen to an audio podcast recording of One Book coordinator Katie M., giving a Books Talk presentation on May 10th 2019 about the 2019 Top Eleven Nominees.

American Wolf: A True Story of Survival and Obsession in the American West
by Nate Blakeslee [599.733 Bla]

Where the Crawdads Sing
by Delia Owens [Owens]

If your answer to either of those two questions is “yes,” then please visit our sign-up form, and check off the appropriate boxes. Or, you may call the Lincoln City Libraries’ One Book – One Lincoln staff contact at 402-441-8592.